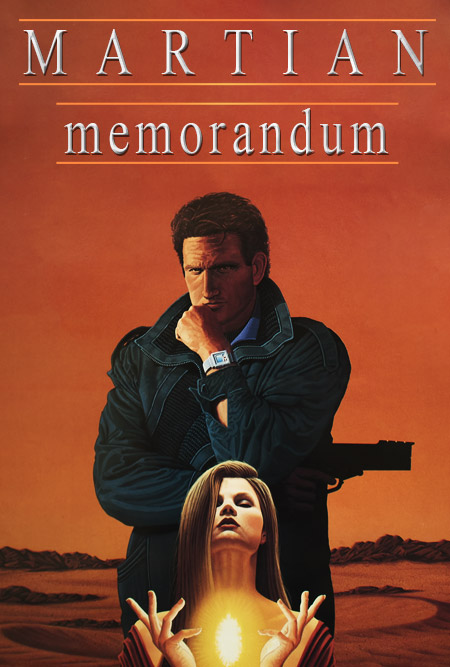 US$5.99
Mars. Harsh, desolate, and inhospitable. Once home to an ancient race—now home to big business, crime, and colonist massacres. At least the gambling's good.

Marshall Alexander, famed industrialist and owner of the TerraForm Corporation, hires Tex to find his missing daughter, Alexis. Tex’s search eventually leads him to Mars, where the TerraForm Corporation is executing a 50-year long project to make the Red Planet habitable. During the case, Tex begins to learn about a mysterious, ancient Martian artifact called the Oracle Stone, and the gruesome fate of the colonists who discovered it.

Tex soon discovers that the Oracle Stone has fallen into the hands of Thomas Dangerfield, a twisted man bent on revenge who plans to use the stone to reshape reality into his own design. With the very existence of the Universe on the line, Tex and Alexis must work together to stop Dangerfield and return the Oracle Stone to its rightful protector—and, if they survive, maybe make a stop at Weenie World on the way home.

Martian Memorandum is the second title in the Tex Murphy series, and further improved on the technology that surprised the PC gaming industry with Mean Streets. It moved toward a more point-and-click style navigation system (different from Means Streets’ more experimental layout), but added more Full Motion Video sequences. It also took advantage of the digitized audio thanks to the previously developed real-sound engine, and was the last title in the series before moving into real-time fully explorable 3D environments. 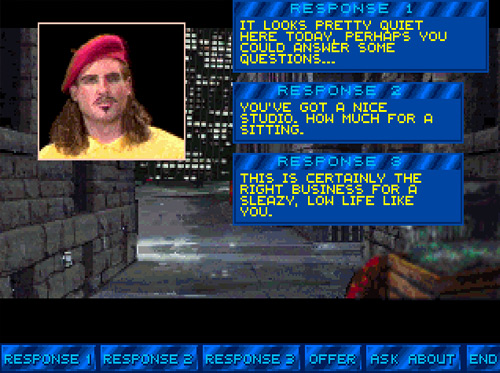 Computer Gaming World in 1992 praised the audio and digitized animation, concluding “Martian Memorandum produces hours of enjoyment [and] provides a tremendous challenge”. That year the magazine named it one of the year’s top four adventure games.

“Martian Memorandum is an enticing adventure game. If you are a mystery fan, you should check this game out.”

Expanding on the adventure gameplay mechanism, the game’s style is based on interrogations, and gathering information which “unlocks” new destinations and interrogation options. A verb bar at the bottom of the screen allows players to select different ways to interact with their environment. It was also the first title in the series to introduce dialogue trees that would result in different responses from characters. This is considered the very first introduction to a dialogue system that would further be refined and expanded, becoming a staple of the series in future titles.

Why render one, when you can render two at twice the price?

Article by Mat Van Rhoon Seven Months That's how long it took for our Machine Learning and Artificial Intelligence upscaling…
February 10, 2022 Comments Off on Why render one, when you can render two at twice the price?

Re-creating the classic, brick by brick

In an earlier update, we mentioned one of the primary goals of The Pandora Directive’s 25th Anniversary remaster was to…
September 22, 2021 Comments Off on Re-creating the classic, brick by brick