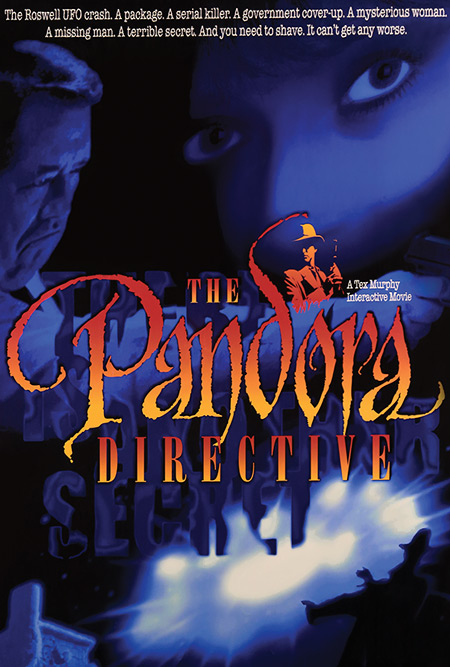 US$9.99
The Roswell UFO crash. A package. A serial killer. A government cover-up. A mysterious woman. A missing man. A terrible secret. And you need to shave. It can't get any worse.

Tex is hired by a man named Gordon Fitzpatrick to find a missing person, Dr. Thomas Malloy. The search quickly takes on a more serious tone when Tex discovers that Dr. Malloy was involved in the military’s dealings with a U.F.O. that crashed in Roswell, New Mexico in 1947.

Soon everyone is looking for Dr. Malloy, including the N.S.A. and Malloy’s daughter, Regan Madsen. Tex must discover what’s hidden in the six puzzle boxes Malloy sent out, and get to them before the others. The secret they contain could be too much for the world to handle.

Will Tex decide to take the straight-and-narrow path, save the world, and get the girl? Will he give in to temptation and greed, and turn his back on everyone he knows and cares about? Or will he be true to himself, and haphazardly bungle his way through, somehow saving his neck – and the world – in the process?

The Pandora Directive is the 4th title in the Tex Murphy series, and second CD Rom title. It once again smashed previous records, shipping on 6 CDs and boasted improved Full Motion Video quality, as well as a more-detailed color palette in the Virtual World environments. It has been hailed as arguably the best game in the Tex Murphy series, and one of the greatest adventure games of all time. This is due to its rich story, excellent acting, and stunning presentation. It also contained 7 different endings and 3 completely unique narrative paths, making it one of the first titles where your choices throughout the game drastically would effect the outcome. 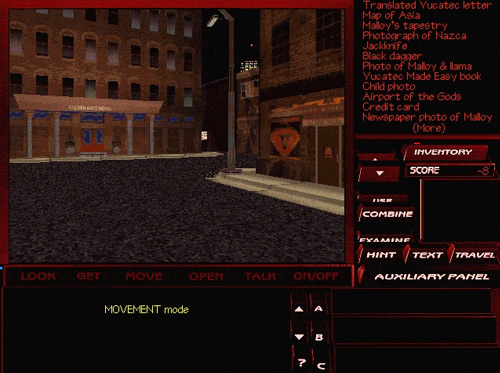 The Pandora Directive currently sits at #9 on Adventure Gamers’ “All-time best adventure games” list, and Just Adventure+ says: ““If you’re a veteran of adventure games, you owe it to yourself to play this classic. If you’re new to them, this game will help make you an addict…”

It won Computer Gaming World’s 1995 “Adventure Game of the Year”, citing: “”Because your choices really affect how the game proceeds, this is, for once, an interactive movie that truly is interactive.”

A novelization of the game was written by Aaron Conners in 1995. It differs slightly from the game, providing more detail and further insight into the characters and locations, but the overall story is very similar.

“The Pandora Directive indeed sets an example to which all other interactive movie adventure games should aspire.”

The Pandora directive improved upon Under a Killing Moon in almost every way, boasting hours of replay-ability with its 3 unique narrative paths and 7 different endings.

Re-creating the classic, brick by brick

In an earlier update, we mentioned one of the primary goals of The Pandora Directive’s 25th Anniversary remaster was to…
September 22, 2021 Comments Off on Re-creating the classic, brick by brick

A brief insight into the remastering of level design

One of the things we are aiming to achieve in the Pandora Directive 25th Anniversary remaster is a faithful re-creation…
June 23, 2021 Comments Off on A brief insight into the remastering of level design

Tex Murphy and the Raiders of the Lost Tapes

The process of collecting, digitizing, and upscaling the original production tapes is a saga deserving of its own article, so…
May 26, 2021 Comments Off on Tex Murphy and the Raiders of the Lost Tapes