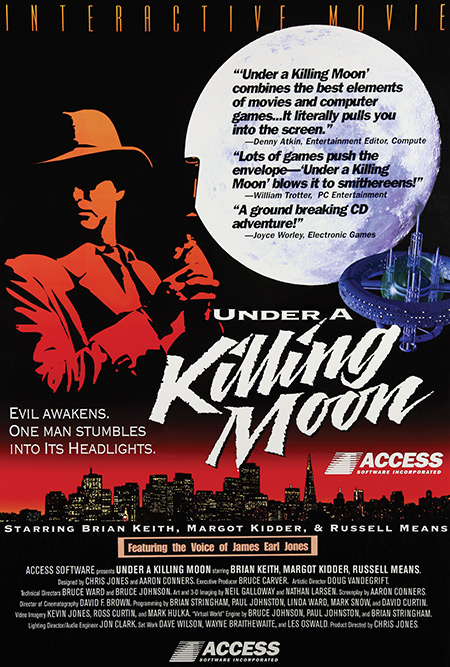 Under a Killing Moon

US$9.99
When the forces of evil collide with the only man clumsy enough to stumble into their way, they'll never believe what a pain he can be.

A simple burglary at Rook’s Pawn Shop leads to something much, much bigger when the beautiful Countess Renier hires Tex to find a crystal dove statuette that was stolen from her bungalow—but is this “Countess” all that she seems? The statuette was stolen, yes, but not for anything as small as profit or luxury. This crystal bird could spell the end of the world.

When Tex’s former mentor, The Colonel, is stabbed through the chest, Tex must pick up where The Colonel left off, keeping the statuette away from the Brotherhood of Purity and putting a stop to their ancient, deadly prophecies once and for all. Tex will need every ounce of skill he can muster, and tons of luck, to infiltrate the Moon Child—the Brotherhood’s massive orbiting space station. If only he hadn’t lost his gun…

Under a Killing Moon was the first title by Access Software to utilize the CD ROM format, delivering the game on four discs, making it one of the largest titles released at the time. It was also the first title in the Tex Murphy series to use fluid Full Motion Video, in combination with fully explorable real-time 3D environments thanks to the new “Virtual World Engine”. This would enable the player to have full freedom of movement to investigate their surroundings, something no other game was capable of at the time. 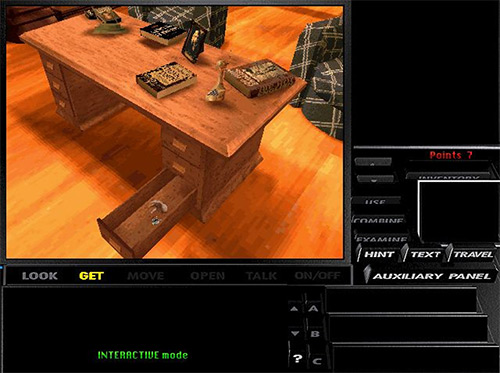 It was Under a Killing Moon’s ground-breaking technology and cinematic, story-driven gameplay that won it many awards in 1994. IGN called it “a landmark for adventure games” and “a rebirth for the series, using new technology to create a game that was both cinematic and playable.”

A novelization of Under a Killing Moon was written by the game’s original writer Aaron Conners in 1996. Although the basic plot, characters, and setting remain similar, it differs significantly from the game. It provides a great deal of extra information, new characters, and more detailed character motivations related to the main plot involving the Moonchild, while removing scenes and characters from the game that did not relate to the core plot. This creased a more singular Chandler-esque mystery novel.

“…has weathered the test of time as one of the best detective games to this day.”

Under a Killing Moon is a great game to start with if you are wanting to introduce yourself to the world of Tex Murphy from the 1990s. Its unique combination of humor and adventure presented in a dystopian futuristic New San Francisco has earned it a place among some of the best adventure titles of the decade.