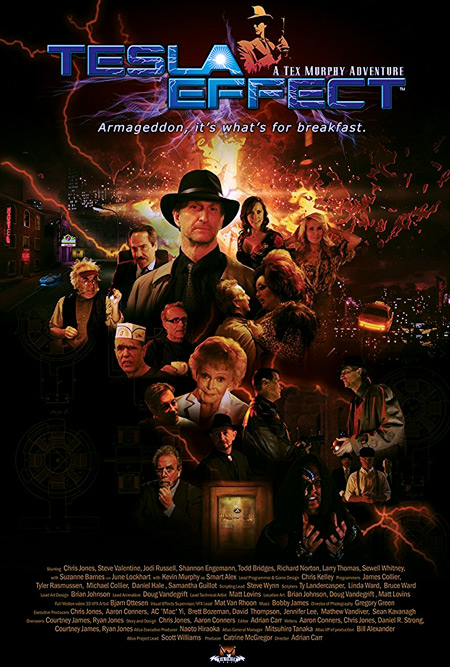 US$19.99
Seven forgotten years, a Lost love, the missing works of a legendary genius. When you're a man out of time, the past has a funny way of catching up with you.

Tex Murphy wakes up – disoriented and head pounding – on the fire escape outside his office atop the Ritz Hotel. Another typical morning for the last of the old-school detectives. Except it isn’t. What starts out as the worst hangover in history becomes a baffling nightmare: something – or someone – has erased Tex’s memory of the past seven years.

Motivated by lost love, revenge, and the world’s strongest coffee blend, Tex must retrace his own steps into a maze of unsolved murders, hidden agendas, and lost technologies of Nikola Tesla. Only by solving the mysteries of his past can Tex hope to regain his memory in time to restore what’s been lost and stop a terrifying future.

Tex Murphy is finally back in 2014 after leaving loyal fans on a cliffhanger for almost 16 years, so come get acquainted in a world filled with dangerous dames, morally ambiguous characters, and lots of mysteries to be solved.

Tesla Effect upgrades the classic Tex Murphy experience with live-action full motion video presented in 2K resolution — that’s right, for those of you not old enough to have played adventure games in the 90s, Tex Murphy embraces the lost art of green screen full-motion video as it interacts with fully modeled 3D environments. Players will be challenged with logic puzzles, interactive dialogue, branching storylines, and alternate endings. 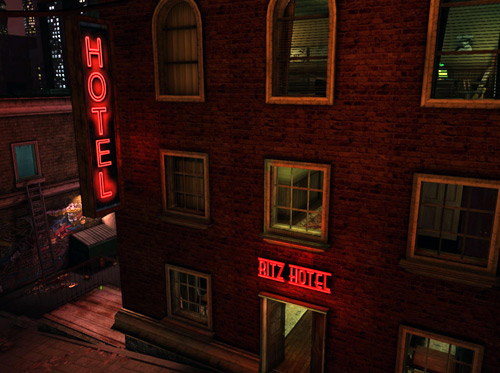 Tesla Effect was winner of “Best Character” from the 2014 Adventure Gamers’ “Aggies” awards, and also picked up 10 Readers’ Choice awards, including “Best Story” and “Best Adventure of 2014”.

Adventure Classic Gaming calls Tesla Effect “A shining star that currently has no equal in the Adventure Gaming genre”.

Giant Bomb says Tesla Effect: “Doesn’t pretend to be anything but a goofy good time”.

“[Tesla Effect is] just as rewarding as it was two decades ago.”

After a successful Kickstarter campaign, Tesla Effect broke Tex Murphy’s 16 year long hiatus. In addition to remaining faithful to the staples of the series (such as multiple narrative paths and endings), Tesla Effect continued the tradition of innovation by delivering the full motion video content in stunning 2K resolution.